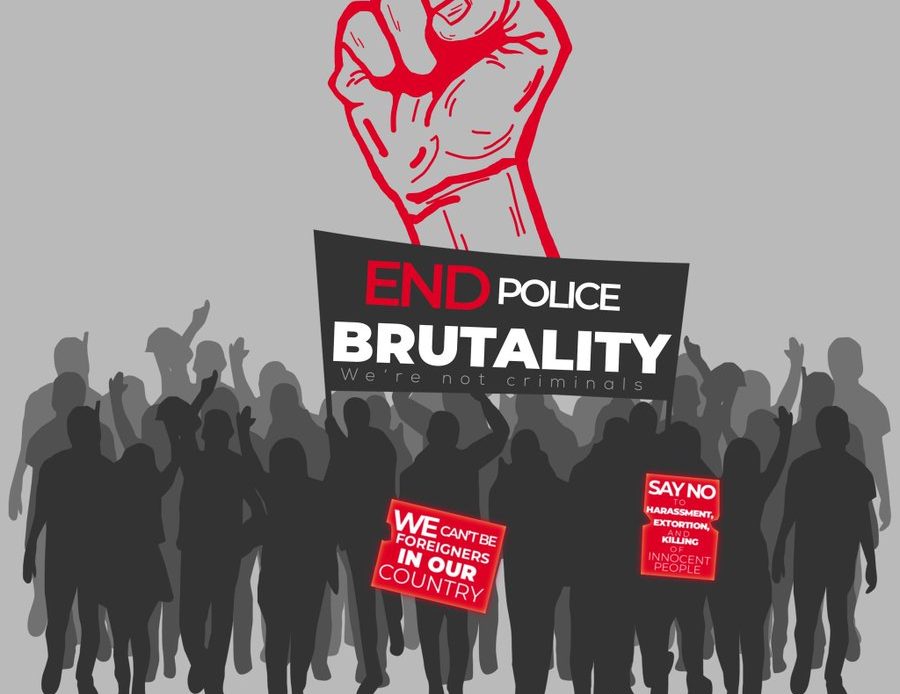 For a few days now, Nigerian youth have taken to the streets protesting the brutality of a special police squad, the Special Anti-Robbery Squad (SARS) and calling for its dissolution. In a dramatic move, the Inspector General of Police announced the dissolution of the squad as demanded, and we expected that things would go back to normal. Not so fast! Apparently, the complaints against the squad had persisted over the years and each time, there had been promises made that they would disband the squad. Information circulating on social media revealed that from 2017, this has happened yearly. Somehow, the squad always crept back into operations. Until their activities build up to a crescendo again and the complaints start all over again.

This year, Nigerian youth are stating that they have had enough of the deception and lack of responsibility by the authorities. This year, they are not accepting words; they want action. Proof that the brutality meted out by this squad will not only stop, but Government will put measures in place to ensure they do not revive the squad.

Apparently, the squad targeted young people in its operations. According to information now circulating, they harassed young people with dreadlocks, those who had laptops on them or iPhones, or who had cash of any substantial value. These young people were targeted because they were the most likely suspects of common crimes, such as armed robbery or advance fee fraud. Many people have known the squad to carry out unlawful executions of anyone who did not cooperate with them. Many people have come up with stories of unlawful harassment, being searched without reason, unlawful detention, etc. Many have also been ‘accidentally’ shot and killed, because of random shooting by these operatives.

Nigerians have been through a lot.  Over the years, Nigerians have been resilient, not allowing the hardship to define us. In those days, Nigerians were one of the happiest people on earth, despite widespread poverty. However, things have changed. Depression and suicide are now almost a pandemic in the country. Nigerian youth of today are not willing to live with the pain, suffering and total disregard meted out by the Government. They have risen to protest that things must change.

Unfortunately, the Government comprises mostly of old Nigerians who believe in doing the things they have always done, without regard for the impact on the people. The youth have risen to call attention to the suffering, harassment and random killings by those expected to protect the populace.

The back story of the Police Force is heartbreaking. The policemen should have joined the protesters in view of their conditions of service. These are poorly paid workers and their salary payments are usually delayed. Their accommodations are horrible and there is nothing attractive in their service package, apart from the guns, which they have taken up to harass and kill the populace, for their personal benefit.

Where do we go from here? It is comforting to see another army of protesters rising alongside the current protesters, carrying out prayer walks on the streets. They are crying out to God to heal our land, to bring a Godly resolution to all the problems facing the country. Even in these times, especially in these times, prayers are necessary. The blood of the innocents killed by SARS is crying out for vengeance. We need divine intervention and physical action. These are working together to bring Nigeria to the place of a rebirth, a new nation. There is a high possibility that things will scatter before they settle. But this is a necessary uprising.

Those who have ruled over the years have done so with impunity. They have robbed the nation blind and are not ashamed of it. Rather, they flaunt the wealth in the face of the masses who are poverty-stricken and helpless. They have no strength or capabilities to fight for their rights. They have prayed for this day. And now it has come.

Let us pray that this movement will bring a lasting change for the benefit of all who have waited in anguish for a better nation. We only have a remnant of our youth left. Those who can continue to flee the country for greener pastures. It is those left behind who are crying out today. I join my voice to theirs.